Kim Greene first came to the attention of gospel music fans in 1979 when she began performing with her father and two brothers as The Singing Greene Family. She remained with them until 1989 when she married Dean Hopper of The Hoppers and became their soprano singer.

Kim’s style completely redefined their sound with songs like “Shoutin’ Time,” and fans really took notice by the late 1990s. Starting in 1997, the subscribers of Singing News recognized Hopper as their Favorite Soprano in the annual Fan Awards for the first time. Hopper currently hold the longest winning streak in Singing News Fan Awards history.

2003 Imagine (Spring Hill Records/CMD1038): The Road Home; Summer Prayer; The Cross Said It All; Galilee Road; Sister's Keeper; While I Wait; Peace In The Midst Of The Storm; Spring Time's Coming; There Is A Fountain; The River; I Love The Lord; Love Came Gently. 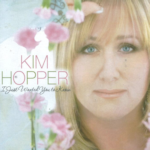 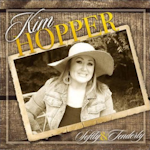 hi-res
2021 Softly And Tenderly: I Don't Want To Get Adjusted; Leavin' On My Mind; Until Then; What A Friend We Have In Jesus; Won't It Be Wonderful There; When He Reached Down His Hand For Me; In The Garden; Mansion Over The Hilltop; Sheltered In The Arms Of God; Joy Unspeakable; Softly And Tenderly.

Calmer Of The Storm