Jonathan Wilburn performed with the Wilburns. He also sang lead for Gold City from 1996-2008, after which he did some solo work and also worked as a salesman for a Ford dealership. In 2011, Jonathan and his son Jordan formed Wilburn And Wilburn. The duo disbanded in 2017, and Jonathan returned to a solo career. 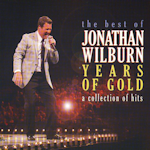 hi-res
2014 The Best Of Jonathan Wilburn Years Of Gold: A Collection Of Hits (Daywind Records): He Said; I’m Not Giving Up; There Rose A Lamb; He Lives; He Lifted My Burdens Away; When He Touched Me; When The Holy Ghost Shows Up (We’ll Have Church) Keep Me On The Wheel; The Lamb Upon The Throne; It’s Been Worth It All; I Believe; Midnight Cry; When He Calls I’ll Fly Away. 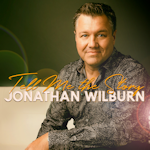 hi-res
2017 Tell Me The Story (Daywind Records): Tell Me The Story Of Jesus; Heaven Medley (In The Sweet By And By/When The Roll Is Called Up Yonder/When We All Get To Heaven); Battle Hymn Of The Republic; God Bless The USA; Peace In The Valley; Rock Of Ages; Some Things Never Change; I’ll Fly Away; Calvary’s Cross; Jesus Paid It All.
All articles are the property of SGHistory.com and should not be copied, stored or reproduced by any means without the express written permission of the editors of SGHistory.com.
Wikipedia contributors, this particularly includes you. Please do not copy our work and present it as your own.