Hovie Lister had a long and successful career as a music publisher, record label executive, performer and promoter. He was instrumental in helping to expand Southern Gospel Music and popularize this musical art form around the world.

As a young boy, Hovie played piano for the Lister Brothers, a group that included his father, Herman Lister, and three of his uncles. He later attended the Stamps Baxter School Of Music, and then went on to perform with the Homeland Harmony Quartet, the LeFevre Trio, the Sand Mountain Quartet, and the Rangers Quartet. In 1948, Hovie formed the Statesmen Quartet in Atlanta, Georgia where they were featured on radio station WCON. Under Lister, the Statesmen became a dominant force in Southern Gospel, especially after teaming up with the Blackwood Brothers for concert appearances.

Later in his career, Hovie formed another successful and influential group, the Masters V, with fellow legends Jake Hess, Rosie Rozell, James Blackwood and J D Sumner. He traveled with the Masters V until the group disbanded in 1988. After playing piano for the Palmetto State Quartet from 1989-1992, Hovie re-formed the Statesmen and continued to travel until his death in 2001. During this same period of time, Hovie was a regular on the Gaither Homecoming Tour. 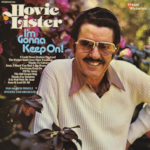 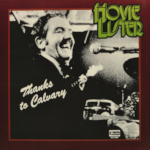 hi-res
1975 I'm Gonna Keep On! (Heartwarming Records/R 3360): I'm Gonna Keep On; Thanks To Calvary; The Old Gospel Ship; The Wicked Shall Cease Their Troubling; Jesus Is Lord Of All; Jesus, I Heard You Had A Big House; Thanks For Sunshine; It Is Well With My Soul; I'll Fly Away; I Could Never Outlove The Lord. (Re-issued in 1981 as Thanks To Calvary on Skylite SLP-6260). 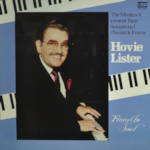 hi res
1985 The Masters V Present Their Sensational Pianist & Emcee Hovie Lister From The Soul (Skylite Records/SLP 6346): Redemption Draweth Nigh; God Will Provide; Thanks To Calvary; Near To The Heart Of God; My Home; Tenderly; Life Is Worth Living; Cleanse Me; Jesus Fills My Every Need; Something Happened To Daddy.

When I Come To The End Of The Road