In the late 1960s some young men from around Corinth and Booneville, Misissippi started singing together. They were Dexter Benjamin, Norman Benjamin, Dean Lawrence, and Bill Gant. A little later, organist Leon Frazier joined the boys, and they became the Heismen Quartet.

There was a Wurlitzer Organ Plant in Corinth, Mississippi that custom built a "hot rod" organ for Frazier. A Wurlitzer worker painted the organ blue. The blue organ was a centerpiece of their performances and it was routinely transported on the quartet’s bus to their singing engagements.

The Heismen members had regular jobs, but they sang every weekend, frequently with major groups. They often traveled with the Happy Goodmans and sang across America. In the late 1970s they appeared on the nationally syndicated Gospel Singing Jubilee television program.

They operated throughout the 1970s and recorded a number of LPs. During most of their existence, the Heismen Quartet consisted of Dexter Benjamin, tenor; Norman Benjamin, lead; Dean Lawrence, baritone; Bill Gant, bass; and Leon Frazier, organist. Former Kingsmen tenor Johnny Parrack filled in for Benjamin in late 1977 and joined the Heismen full-time in late December of that same year. Dallas Gilliland, who would become Gold City Quartet’s first (albeit brief) bass singer, also sang with the Heismen in the late 1970s.

After the group retired, some members continued to sing locally on a limited basis including annual homecoming concerts. They often sang as a trio with Dexter Benjamin, Dean Lawrence, Leon Frazier's daughter DuJuana, along with Leon at the keyboard.

Leon Frazier died in an accident in 1997. Around 2011, the four remaining original members again put themselves in the public arena by singing in the region for about two years before disbanding.

The Corinth Kiwanis Club sponsors an annual Leon Frazier Memorial Concert that helps in providing thousands of dollars for college scholarships each year. This concert draws some of the most prominent names in gospel music.

1970? Reunion in Heaven (Praise Records/PLPS-1001): Reunion In Heaven; Sweetest Song I Know; Sheltered In The Arms Of God; It Won't Be Long; The Next Step You Take; The Night Before Easter; Thank God I'm Free; So Many Reasons; I'm In A New World; Too Much To Gain. (Dexter Benjamin, Norman Benjamin, Dean Lawrence, Bill Gant, Leon Frazier). 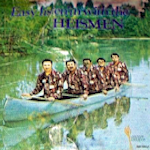 ???? Easy Listen'in With The Heismen (Harvest Records/1008): Jesus Took Care Of It All; He'll Hold My Hand; Where We Ever Shall Be; I Have Found The Way; The Lighthouse; He Pilots My Ship; I Will Serve Thee; Rock Of Ages; Softly And Tenderly; The Day Of Liberation Is Nigh. 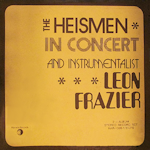 hi-res
1974 The Heismen In Concert (Harvest Records/1026): The Night Before Easter; Break Our Hearts Lord; Oh What A Happy Day; Reunion In Heaven; I'm In A New World; I'll Live In Glory; Joshua

hi-res
1975 Their Best Yet (Harvest Records/HAR-1033): What A Beautiful Day; Sing The Glory Down; Ten Thousand Years; He Did It All For Me; Stepping In The Light; On The Way Home; He’s The Man; Love Lifted Me; When I Wake Up; I Found A City (Dexter Benjamin, Norman Benjamin, Dean Lawrence, Bill Gant, Leon Frazier). 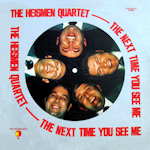 hi-res
???? The Next Time You See Me (Harvest Records/HAR-1036-LPS): The Next Time You See Me; It’s Shouting Time In Heaven; Some Day; There’ll Never Be Another Man ike Jesus; Our Country Church; Come And Dine; At The Old Rugged Cross; On My Knees; Help Me; That Same Jesus; Sailing Toward Home (Dexter Benjamin, Norman Benjamin, Dean Lawrence, Bill Gant, Leon Frazier). 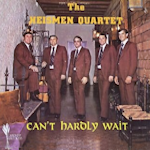 hi-res
1978 Hosanna! (Harvest Records/ECPH1887): Hosanna; I'm So Glad He Found Me; Jesus I Love You; Dwelling In Beulah Land; Let Me Feel Your Spirit; I'll Sail Away Home; Because He Lives; Drifting Too Far From The Shore; Christ Is Standing; There Is A River.