The Galileans (1966-????)
Also billed as The Four Galileans; formerly known as The King's Three Trio

The Texas-based King’s Three Trio began in 1963 and consisted of David Velasquez, Paul De La Torre, and Danny Ramos. The Galileans were formed three years later in 1966 by former King's Three Trio members Danny Ramos, Paul De La Torre, and Robert De La Torre (according to the backliner notes of their 1968 release Joshua). Velasquez later rejoined his former King's Three Trio partners as a member of The Galileans. The group recorded songs in both Spanish and English. They won a Dove Award in 1970 in the category of Most Promising New Gospel Talent.

For a few years, they were billed as The Four Galileans on album covers, but they later reverted to the simpler billing of The Galileans. The group recorded several releases for Canaan Records and later recorded for Calvary Records. Galileans member David Velasquez is the father of Christian pop singer Jaci Velasquez who won the same Dove Award as The Galileans 27 years later. (By 1997, the category was called New Artist Of The Year.) 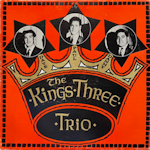 hi-res
196? The King's Three Trio (DPD Records/DPD-1001): It's On My Way; What A Happy Day; I Saw A Man; Peace In The Valley; I'll Be Alright Some Day; I Bowed On My Knees And Cried Holy; Noah Found Grace; The Mystery Of His Way; Heavenly Love; Til' We Meet Again.

hi-res
1968 Introducing... (Canto Records/LPS3000): Poor Rich Man; Who Am I; When It All Starts Happening; Nearer To Thee; Without Him; He Touched Me; The Answer’s On The Way; Remind Me; I Wouldn’t Take Nothing For My Journey Now; My Only Hope; I’m The Least. 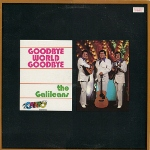 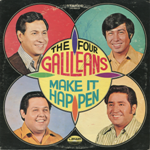 hi-res
1968 Make It Happen (Canaan Records/CAS-9683/(Sacred Records/4503): Faith Is The Key; Teach Me The Way; Sin Cristo; My God Is Real; Jesus Divino; It Happened; He Paid My Debt; Vivo For Fe; He’s Not A Stranger To Me; There’s Been A Lot Of Changes; I Believe; He Touched Me; Blessed Quietness.

hi-res
1969 The Old Gospel Ship (Canto Records/LPS3300): The Old Gospel Ship; I'm Willing Lord; He'll Understand And Say Well Done; Jesus; On The Jericho Road; We Shall Rise; Had It Not Been; For That Great Day I Am Waiting; In The Shelter Of His Arms; Fill My Cup. (Re-issued in 1976 on Canto Records CAS3300). 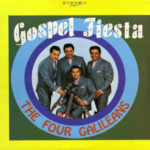 hi-res
1969 Gospel Fiesta (Canaan Records/CAS-9672): Thank God I'm Free; Without Jesus You Won't Make Heaven; What Would It Profit; A Way To Cross Over; He Filled A Longing; Yo Solo Espero Ese Dia; Spend Me; Empty Hands; Glad Reunion Day; Until You've Known; How Great Thou Art; I've Been Born Again. 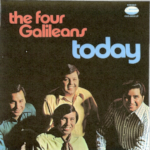 hi-res
1970 Today (Canaan Records/CAS-9693): Oh What A Happy Day; I Know; Someone To Meet Me; The Old Rugged Cross; He Leads Me; Plan Of Salvation; The Light On The Shore; At The Cross; Redemption Draweth Nigh; That’s My God; I’ve Never Passed This Way Before; The Answer Came.

hi-res
1971 Colorful (Canto Records/CAS3500): Crying In The Chapel; He; Pity The Man; Sweet Sweet Spirit; I've Found A New Way; Noah Found Grace; Jesus Is Coming Soon; Less Of Me; Too Late; Too Much To Gain To Lose. 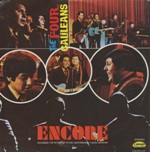 hi-res
1972 Encore (Canaan Records/CAS-9711): Introduction; Thank God I’m Free; The Answer’s On The Way’; The Light On The Shore; Who Am I; I Know; I’d Rather Have Jesus; Redemption Draweth Nigh; The Old Gospel Ship; Oh, What A Happy Day. 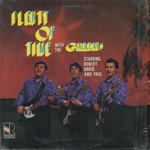 hi-res
1972 Plenty Of Time (Rainbow Sound/R5000LPS): Plenty Of Time; I'll Never Forget; I Don't Know Why; Cordero; It's A Privilege; Me And Jesus; One More Day; Lord To Be Used Of Thee; I've Come Here To Stay; Thank You Lord; Jesus Is The Man (Robert DeLaTorre, Paul DeLaTorre, David Velasquez).

1974 Portrait Of Paul DeLaTorre & The Galilean (CAM Records/CAM1496): I'm On Tour; If You're Happy Notify Your Face; Through It All; Light At The End Of The Darkness; Glorious Morning (La Manana Gloriosa); Heaven's Saddest Meeting; We're Not Home Yet Children; Because He Lives; I've Got It; Tell Me. 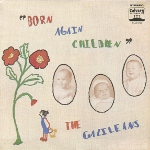 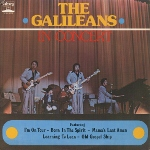 hi-res
1977 Feelings That We Feel (Calvary Records/5138): Feelings That I Feel; Cordero; There Is A Fountain; Something Beautiful; How Great Thou Art; Horoscope Song; Te Vengo A Decir; Lord To Be Used By Thee; Plenty Of Time. 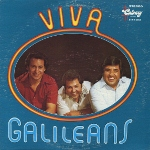 hi-res
1979 Viva (Calvary Records/5163): Let The World Go By; Es Jesus; His Reached Down Further; Turn It Over To Jesus; Just As Long; The Best Things That Ever Happened; The Wedding; Front Porch Light; God Has Smiled On Me; Oh Buddah. 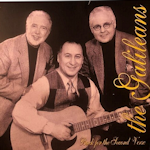 1998 Back For The Second Verse (Briante Music): I Don’t Know Why; Plenty Of Time; I’ll Never Forget; Lord To Be Used By Thee; It’s A Privilege; Thank You Lord; Cordero; Te Vengo A Decir; Little Flowers. 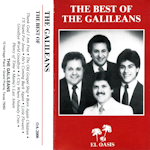 hi-res
???? Singing News Hall Of Fame Series- The Old Gospel Ship (Sunshine Records/2126): The Old Gospel Ship; We Shall Rise; Fill My Cup Lord; Will Lord To Go; Had It Not Been; He'll Understand; On The Jericho Road (Instrumental); We Are Free; Jesus; In The Shelter Of His Arms.
All articles are the property of SGHistory.com and should not be copied, stored or reproduced by any means without the express written permission of the editors of SGHistory.com.
Wikipedia contributors, this particularly includes you. Please do not copy our work and present it as your own.