Danny Funderburk is a tenor singer who began his career in the 1970s with the New Revelaires. In 1980, he joined the Singing Americans. His big break came in 1983 when he was hired by Glen Payne and George Younce to sing tenor for the Cathedral Quartet. While with the Cathedrals, Danny rose to prominence with the songs I've Just Started Living and Somebody Touched Me.

Danny left the Cathedrals in 1989 to join Perfect Heart. He was later with Silent Power and the Royals before forming the group Mercy's Way. He left Mercy's Way in 2006 to embark on a solo career and continues to write Southern Gospel songs.

In 1995, Danny rejoined the Cathedrals for their Reunion project, once again thrilling the audience with his renditions of the songs listed above. In 2007, he joined other former Cathedrals members now with Legacy Five, Greater Vision, and the Mark Trammell Trio for a series of Cathedrals tribute concerts.

1992 Remember (Mark Five Records/MV8075): I'd Be Lost Without Jesus; Borrowed Tomb; Since The Day I Believed; Take The Hand Of The Lord; The Remember Medley: The Galilean/Back To Bethel/He's My Lighthouse/Whosoever Will/For What Earthly Reason/Somebody Touched Me/Whiter Than Snow/The Galilean. 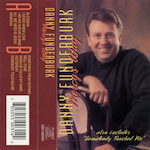 hi-res
1995 Mercy's Way (Son Sound Music Group/SSC-082595): Bloodkin; I Never Knew Love; I Am His And He Is Mine; All We Need Is Jesus; Reasons; Something From Nothing; Well Done; When He Calls My Name; Yesterday; Somebody Touched Me. 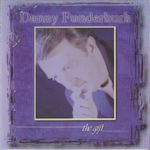 hi-res
1998 The Gift (Son Sound Music Group): How Beautiful Heaven Must Be; My God Will Always Come Through; Quitting Never Crossed My Mind; Somebody Headed Somewhere; Family Once More; I Start My Day; The Overcomers; His Mercy Fell Around Me; I've Just Started Living; I Know Who Holds Tomorrow; The Tomb Is Empty Now.

2001 No Doubt (Son Sound Music Group): Love Will Roll The Clouds Away; For What Earthly Reason; No Doubt Salvation; This God We Serve; He Saved The Best Till Last; Love Signed My Pardon; A Better Place; Homecoming Day; Death Is Just A Door; Cross Jordan.

2009 Rise Up And Walk (Custom Records/TMS-1355CD): Rise Up And Walk; My God Has The Answer; Redemption Draweth Nigh; My Searching Is Over; Sweet Beulah Land; Cast The First Stone; The Shepherd; The Offer Still Stands; Till The Storm Passes By; Lord It Hurts; I'll Just Go On And Make It; Going Home.

hi-res
???? Whiter Than Snow (Journey Records): I Love To Tell The Story; Unsung Heroes; After All; Sooner Or Later; Glad Reunion Day; He Pointed Me Toward Home; Whiter Than Snow; I've Got That Old Time Religion; Changing Me; I'm Gonna Live For Jesus.

???? Christmas Favorites (Custom Records): White Christmas; The First Noel; O Holy Night; Joy To The World/Hark The Herald; What Child Is This; O Little Town Of Bethlehem; It Came Upon A Midnight Clear; Silent Night; Beautiful Star Of Bethlehem; Away In A Manger.